Do you even need a water softener? Why should I possibly buy a softening plant? How do the different decalcification processes work and which of them work reasonably? What does such a plant cost and what are the additional running costs? We try to answer these questions and more here on this page in a generally understandable way.

Do you need a water softener at all?

The various manufacturers of water softeners such as Allfiltra, Aqmos, Aquintos, BWT, Grünbeck, Judo, Water2buy and many others state the following advantages, among others, which should be achieved by using their softeners

Why should I possibly buy a water softening plant?

But do you really need such a softening plant? One reads again and again that the German drinking water has a high quality in European comparison? This is fundamentally correct, but in terms of water hardness it varies considerably from region to region. This depends on the respective geological subsoil. If you are unlucky, you live in an area that has a high water hardness. Then it is possible that your water supplier has to make a great effort to soften the water. Unfortunately, this is then also reflected in the water costs.
But what do you do if you live in a region in the city or municipality where you do not use sufficient water softening methods? Then you should think about having your own water softener…

How do the different decalcification processes work and which one really works?

What does a water softener cost and what are the running costs?

Unfortunately, there is a vast number of suppliers of softening plants with a correspondingly large number of different plants. Therefore it is difficult to give a halfway exact cost statement. The prices for the pure plant move frighteningly enough in a very large price range from about 400.- to nearly 3000.- Dollar. These prices are also dependent on the capacity of the plant, but the wide range is difficult for the layman to understand. Therefore, here is an example of a well rated “middle class system” at Amazon, which is suitable for self-assembly according to the ratings.
Check out this Whirlpool Water Softener for up to 10 people or this one for 1-4 people.


Some affordable Water Softener at ebay 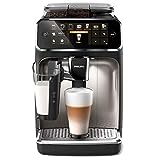