How does a descaler actually work? 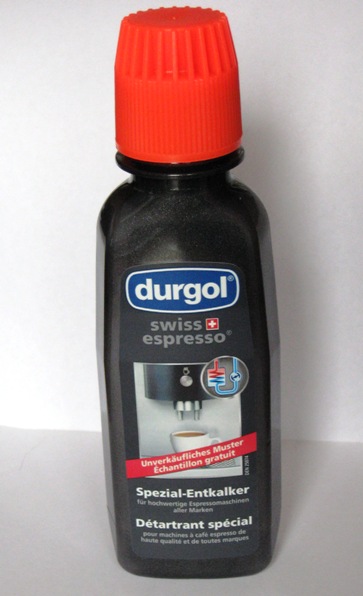 Most consumers are now aware that many electrical appliances that heat water during operation need to be decalcified. But how such a decalcifier works and what happens in the machines during decalcification is not known to many people.

But first a short outline why we have to decalcify at all. Lime deposits build up over time due to the precipitation of dissolved lime in the water. This leads to clogging of pipes and additionally promotes corrosion of the materials. In electrical appliances, such as coffee machines, espresso machines, washing machines etc., the limescale deposit leads to poorer heat transfer and thus to increased energy consumption. In addition, the limescale deposits usually impair the functionality of the appliances; for example, the coffee taste deteriorates dramatically if the machine is heavily calcified. Excessive calcification often also leads to damage to the appliances. For this reason, regular descaling is not only sensible, but virtually essential in order to maintain the desired functionality.

Most decalcifiers work on a chemical basis. As a rule, a acid is used. As we have already seen in the article “How does the lime get into the water“, lime reacts very well with acids. To make the process comprehensible, here is the process from a chemical point of view:

Lime, chemically seen CaCO3 consists of calcium (Ca), carbon (C) and oxygen (O). Lime reacts with many substances, but the best known is the reaction with acids and bases:

Lime itself dissolves only with difficulty in water. In the presence of acids, however, it dissolves much better and breaks down in the solution to Ca2+ and CO32-. If sufficient acid (free H+ ions) is present, CO32- can absorb H+ ions stepwise:

Carbonic acid can then react in the presence of stronger acid (the stronger the acid, the better) to form water and carbon dioxide:

If hydrochloric acid(HCl) would be used as a decalcifier, the Cl– and Ca2+ form the likewise soluble salt CaCl2 (calcium chloride).

The whole formula would then look like this with hydrochloric acid as the decalcifier:

But since hydrochloric acid has the stupid property of attacking many other substances besides lime, it is rather unsuitable for decalcifying electrical appliances, as it would damage the inner workings (pipes, valves etc.).

However, because the process works in principle with all acids, acids that are not as aggressive are generally used in the decalcifier, such as citric acid, acetic acid, lactic acid or amidosulfonic acid.


The most popular decalcifiers at ebay